An early 20th century Bohemia (now Czech Republic) Art Nouveau Majolica and bronze chandelier, circa 1900, stamped with mark of ceramics maker Julius Biela Dressler. The chandelier is suspended by a bronze canopy with three rods accented with floral pottery. The three bronze doré foliate candle arms with bobeche are supported by the swirling floral and foliate Majolica vessel. Dressler was a well-known Bohemian pottery manufacturer who produced ceramics from the late 1800s until World War II. 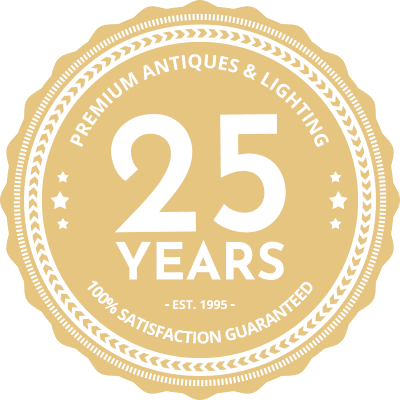 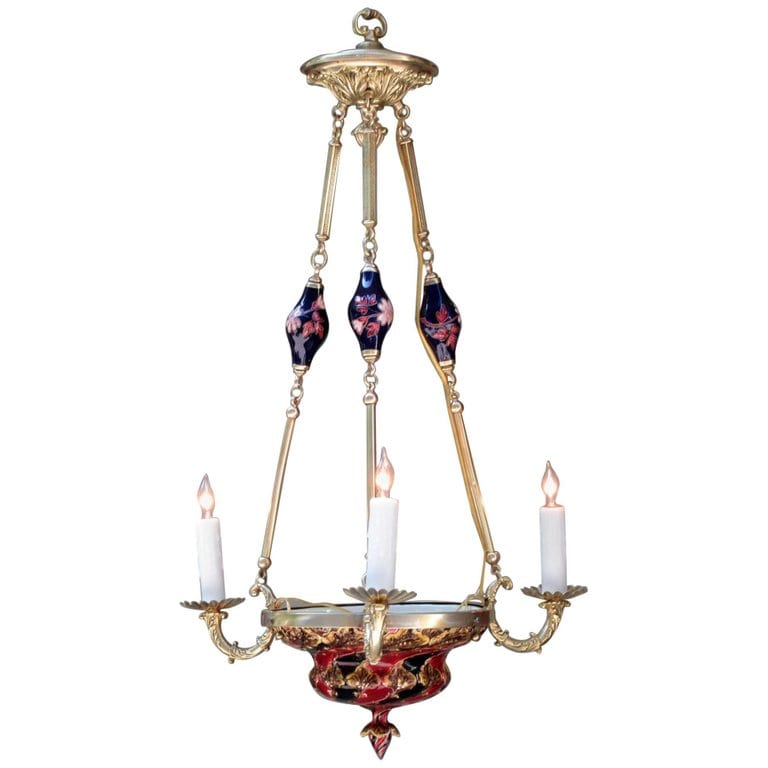